My friend Dylan took a pair of Raleigh Denim jeans to Europe and wore them exclusively.
They wore in beautifully. 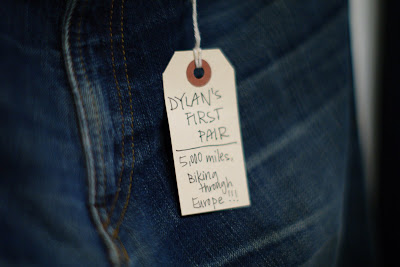 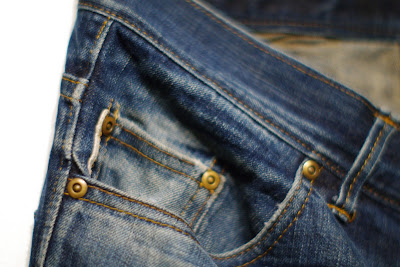 The next pictures are of the exclusive Raleigh Denim Barneys Jeans. 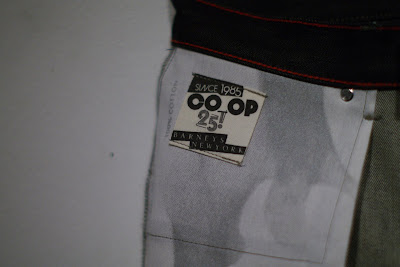 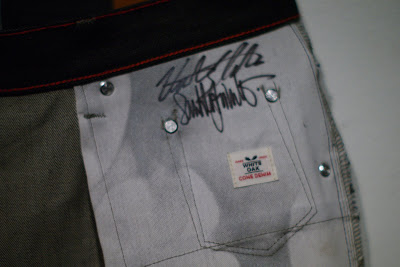 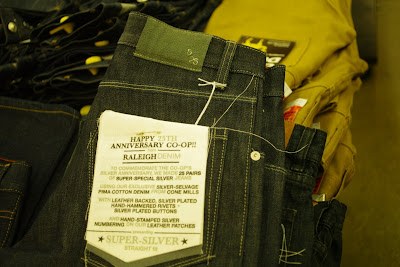 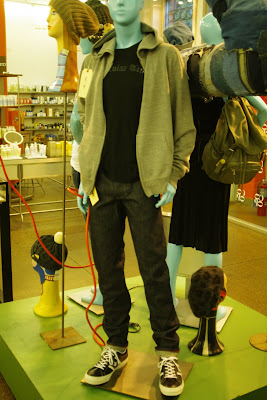 This is the stack of Raleigh Denim jeans at Barneys Co-Op. 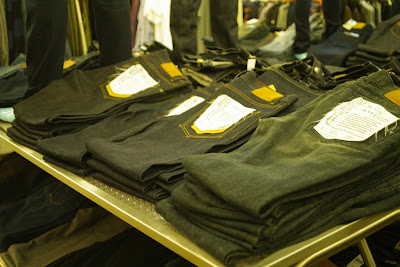 The next pictures are of what's to come for Raleigh Denim. 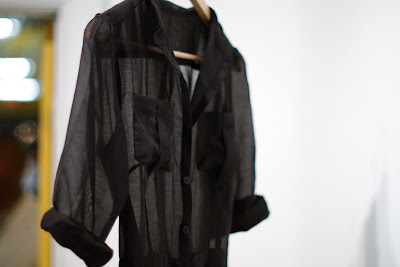 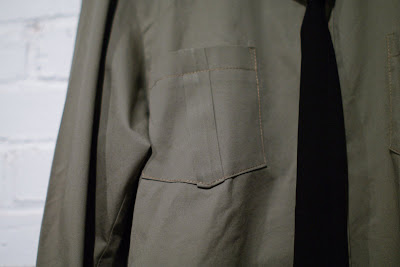 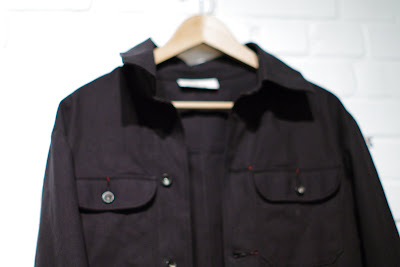 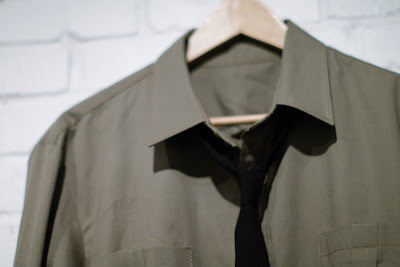 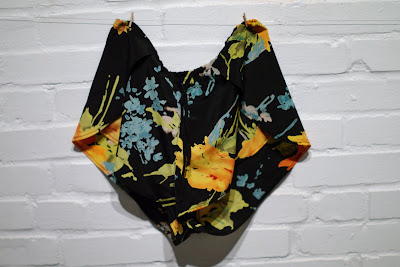 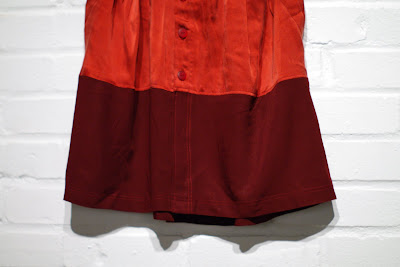 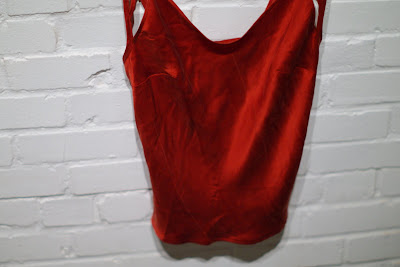 It seems that people who ride bikes appreciate a good pair of jeans more than the average person so I thought that I'd write up a little piece on Raleigh Denim. My first encounter with Raleigh Denim was an unknowing one. I went to a yard sale when I was in high school that was just ending and was given a box of fabric and random garments by a college aged girl. This girl was Sarah Yarborough and her boyfriend was Victor Lytvinenko. I still wear a misprinted shirt and a jack that I got from that yard sale.
Now 5 years later I was reintroduced to these same people in a different way. Earlier this year, after hearing a lot of buzz about Raleigh Denim I made my way in to their humble workshop in south Raleigh. I was very enthusiastic about getting a pair of jeans after seeing the actual workshop in which they were made. The price tag was high, but I found a pair that were slightly imperfect and got a good price on them. I came back a few weeks later with friends and met Victor (co-founder) who I had seen leading the First Friday rides; the very rides from which I get most of my pictures for this site. Victor, who was very busy at the time, still had time to tell us about the manufacturing process. All the people who worked at Raleigh Denim were very knowledgeable, welcoming, and helpful.
Jump to this past week, I went to visit my sister in NYC. I got to go to the Barneys Co-Op and see Raleigh Denim's most beautiful jeans that had been made exclusively for the 25 year anniversary of the co-op. The second and third picture above are of those jeans. The fabric was made especially for the jeans and the rivets are silver plated. On a side note, I went by the Mishka store in Brooklyn, and the guy behind the counter said that he really wanted to get some Raleigh Denim jeans. The future of Raleigh Denim is what I am most excited about. On the last First Friday, Raleigh Denim had a show at Design Box on Martin St. where they showed off the old and the new. The last pictures above are the expanding endeavors of a few talented people.
Posted by Unknown at 7:57 PM

We encourage submission of your own bikes. Just email me at trianglefixies@gmail.com.